So you’ve made it to Los Angeles. WooHoo! Now you can sit back relax and watch the job offers role in…WRONG. Now it’s time to start the real work.

Although to be fair it is best (depending on how long you are going for) to have a bit of a holiday first. This allows you to adjust to the time difference and to get into the mind frame.

I know I mentioned in the last article about social media, but you’ll be surprised how effective it is in LA. There are so many groups and many have regular meet ups. Just remember be safe.

Location, location, location. Believe it or not but where you stay for your trip can have benefits.  For my visit I stayed in Silverlake, this is an area filled with arty types, my air bnb host was an editor, neighbour a journalist and a director.  My host also had a garden party which I got invited to and almost every guest was from the industry.

Transport, LA is huge and renting a car can be expensive. I did rent a car for my holiday time and opted for public transport, Uber, Lyft (another kind of Uber) and my own feet. However, I was VERY fortunate to have a friend visit at the same time who had use of a car. Also, I made a friend out there, another actor, who had a car and we went to a lot of events as well as hung out together.

You can get a transport card (Tap) for the bus and metro service. Uber and Lyft both do pool services which can offer cheap transport around LA. Finally there is also a service for hiring cars like Air bnb.

I would recommend checking the area you are looking to live in for crime. There are many sites that can offer this information. I used Crime Mapping. It gave the most accurate and up to date information.

Many people have the impression that Los Angeles is dangerous. It’s no different to any other major city in the world.  Its has it’s good areas and it’s bad. Overall I found the people of LA to be very friendly, people would say hello and pass the time of day.  I went to a bar on my own ended up playing crazy golf (yes the pub had crazy golf) with a couple of people.

Food shopping, if you like fresh organic eco friendly, there is a lot to choose from.  There are farmers markets in a variety of locations as well as stores. I used to go to Whole Foods Market 365, which was just a short (short for me) 20 minute walk from where I was living.  For other things, you have Walmarts, Target and Vons. I must admit I did like Vons as there is a loyalty card you can get. Similar to a Tesco club card, but instead of getting points, you got instant discounts.  Some items would have a double price tag and the cheaper option was if you had their “club card” and you also got vouchers for things you purchased regularly. Free to get so worth a look.

Eating out, again LA has so many independent places as well as the old chains. I would recommend, if you want a taste of home, Catch 56 a chip shop on Hollywood Boulevard. They do traditional British style fare. There are also more coffee places than you can shake a stick at! Also great places to get talking to people.

But at the end of the day, have fun with it. There are opportunities everywhere in LA but you will have to go and look for them, it won’t come looking for you. I would say research when you want to go, do you want to go out for Pilot season (remember you will need a work visa if you get paid) or do you want to go out for the film festivals? I would say for a first time visit, do the festival scene. Get to know people, make connections and while you can’t work for pay, there are a lot of no pay jobs.  This lets you build your showreel and see how people out there work.

Don’t just go for acting networking events, Scriptwriters Network, Eventbrite, Women in Film and again Meetup.com are all great for finding events to attend.  Talk to everyone regardless of what their job is.  I got speaking to a woman who is a life coach.  She introduced me to her husband who is a director. As a result of speaking to a producer I ended up being invited to Canada (film and television) Party as well as a private film screening at Warner Bros and another actor and I was invited to two film festivals. 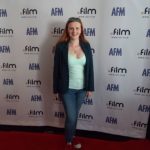 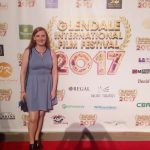 All that is left for me to say if break a leg!